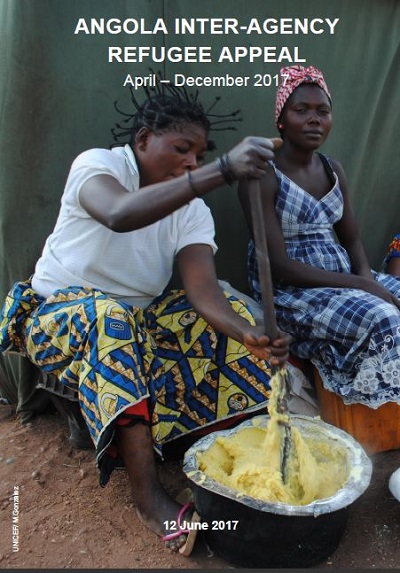 A total of USD 65.5 million in financial requirements is requested for Angola for the period April ‐ December 2017:

A complex emergency is unfolding in the Kasai region in the Democratic Republic of the Congo (DRC) as a result of inter-community tensions and clashes between militia groups, the Congolese armed forces and self-defence groups, and between rival militia groups. Protection concerns and human rights violations have been reported, indicating a high risk that the situation could develop into a large-scale conflict. Most civilians in affected areas are at risk of serious human rights violations, including physical mutilation, killing, sexual violence, arbitrary arrest and detention in inhumane conditions. This has resulted in the internal displacement of 1.3 million civilians and over 30,000 refugees fleeing across the border to Angola.